Aeronautical science sophomore, 18, armed with a knife assaults students at Florida Institute of Technology dorm building before being shot dead by cops after lunging at them.

A man was shot and killed by police after brandishing a knife at students Friday on the campus of the Florida Institute of Technology in Melbourne. 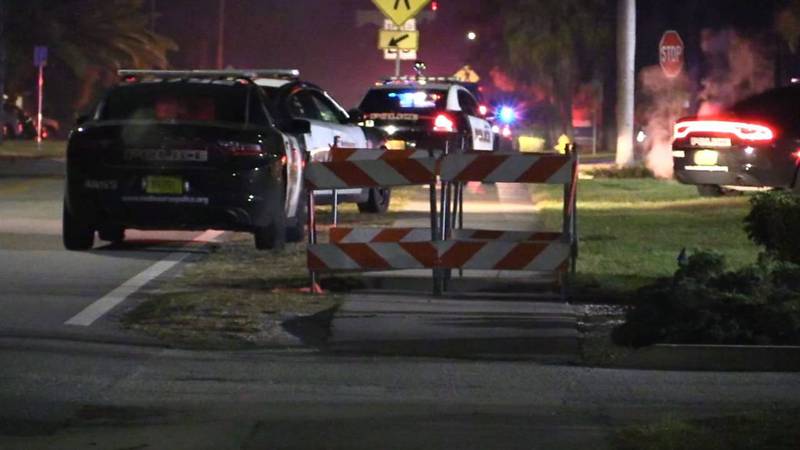 When he was confronted by Melbourne Police and Florida Tech Security around 11pm, he reportedly pounced on them, causing them to deploy their weapons.

It is unknown how many bullets his Sow. Officers carried out “life-saving measures,” but he was pronounced dead at the scene, according to Fox 35.

Florida Tech said there were no serious injuries to the students. The attacker’s motive is unknown at this time.

A Melbourne officer, who has been with the force for five years, was also injured in the debacle. The extent of his injuries is unclear at this time.

Police and FIT security entered the building and confronted Sow, who they said lunged at them.

Authorities opened fired on Sow. Despite their emergency attempts to save his life, Sow died. School officials said Sow was a sophomore at FIT majoring in aeronautical science.

A Melbourne police officer was injured during the confrontation but is expected to recover.

Student Matthew Hanvey said he was shocked by the incident .

“Sometimes I’m out late at night doing stuff, like playing basketball or walking around skateboarding,” Hanvey said. “I never thought of an issue where I’d ever get injured. So I was very surprised.”

The FIT campus was under lockdown during the situation. There were no other injuries.

An investigation is ongoing.

Florida Tech sent a note to the campus community. They said they are arranging support services for those who need it and that today’s Test Fest event has been canceled to accommodate that support.

Alhaji Sow, 18, assaulted students at Florida Institute of Technology between 10 and 11pm Friday with an edged knife, authorities said
The sophomore student, who studied aeronautical science at the school, was shot by police after reportedly lunging at officers when confronted
The Melbourne Police Department and the Florida Tech Security Team responded to the incident
Students were placed on a ‘shelter in place’ order from 12 to 3am
Some students are criticizing the school for failing to notify them in a timely manner, with the first Facebook alert going out over an hour after police arrived
The Melbourne Police and the Florida Department of Law Enforcement are investigating the incident
The motive for the attack is unknown at this moment