A British footballer who was left in a coma after a horrific and unprovoked attack will leave the hospital to join his family on Christmas Day.

His loved ones have called it a “Christmas miracle.” 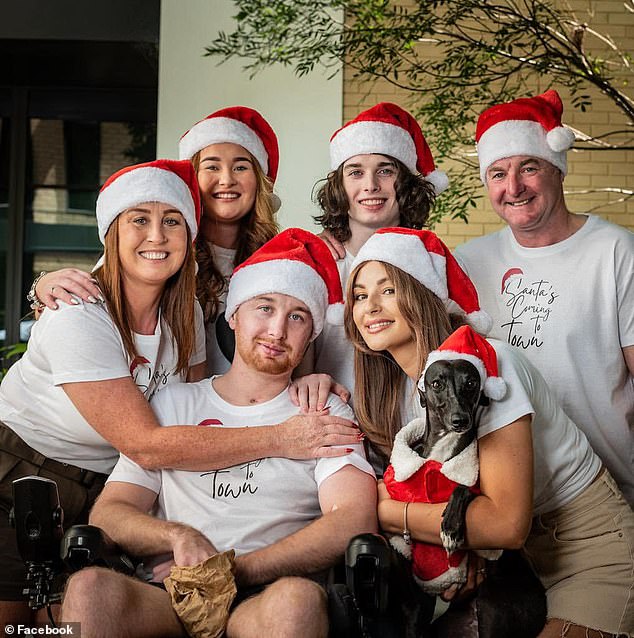 Danny Hodgson, who plays for Western Australia’s ECU Joondalup, was punched in the back of the head at a Perth train station.

The former Carlisle United star hit his head on the ground after falling and suffered a brain hemorrhage that left him in a coma.

Hodgson, nicknamed Ironman by doctors, spent weeks in intensive care before being transferred to a rehab hospital.

But in what his family calls a “Christmas miracle,” the 26-year-old will be able to spend December 25 at home with his loved ones.

On Christmas Eve, an emotional family statement described the news as the “perfect gift.”

It read: “Today, Danny is preparing to leave the hospital for a very short time with the beautiful [his partner] Jess by his side to be a part of our family Christmas.

“Our sincere thanks to the medical and rehabilitation staff at Fiona Stanley Hospital who have helped make this possible.

“Danny’s house call is the most perfect gift we could ask for and all the proof we need that Christmas miracles do happen.”

Mama Nicola and Papa Peter have flown to Australia to spend Christmas with Danny and his partner Jess.

A 17-year-old, who cannot be identified for legal reasons, pleaded guilty to causing serious bodily harm earlier this month.

At the time, Hodgson’s parents described the news as a “small closing amount of a horrible chapter.”

They added: “One act of violence leads to thousands of acts of kindness.

“The love they have shown us as a family has brought us here.”

Hodgson played for Carlisle United in League Two before moving to Perth at the age of 18.

He was also awarded the Golden Boot as the competition’s top scorer in the same season.